The Eric Wright Group can trace its roots to the original construction company founded in Fleetwood in 1923 called Brown & Jackson. A number of transformations since then have resulted in the present structure. The events which lead to our current formation are below.

As an award-winning leader in the UK property and construction industry, The Eric Wright Group demonstrates a culture of excellence in civil engineering, construction, facilities management, property development, property management and Health & Care that ensures long-term relationships with our partners and clients.

The Group comprises a number of distinct companies and subsidiaries, each with its own specialist staff and a defined focus. We regularly collaborate to deliver outstanding results on bespoke plans. By leveraging the services of the whole group, your project will gain a seamless joined-up approach across all areas of expertise.

Stability and relationship longevity are at the core of the Eric Wright Group philosophy, which we achieve for the benefit of our staff, the local community and our returning clients. 100% of the shareholding in the Eric Wright Group is owned by the Eric Wright Charitable Trust, a charitable body that was established on principles of sustained employment and community regeneration. We achieve this through the reinvestment of time, money and resources. This arrangement provides a high level of stability for the companies in The Group and supports longer term commercial and charitable strategies. All profits generated by the Eric Wright Group are either reinvested in the Group’s business or distributed to the Trust for its charitable activities throughout the North West.

The principal trading companies are: 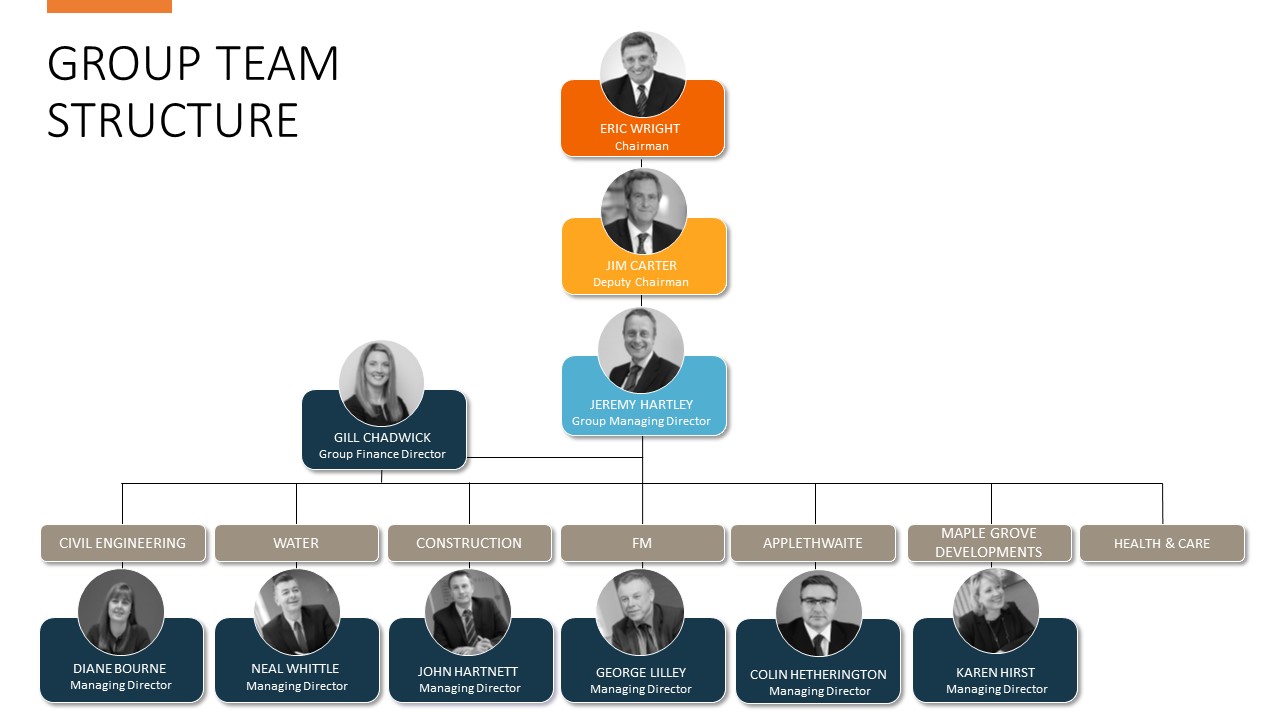