Facilities ManagementGeorge talks about ‘Social Impact for the Long Term’

George – in the days before Covid-19 lockdown, of course – finished a roadshow to operational sites around the Eric Wright heartland of the North West. His goal was to meet all colleagues and share his vision for the evolution of the company. In doing so, he was keen to reiterate the benefits of being part of a group which, uniquely, is owned by a Charitable Trust.  All profits are either reinvested in the business or used to support the work of the Trust.

“We spend a day in a complete workshop explaining to all our colleagues that everything they do impacts the Charitable Trust,” he says. ‘It makes a world of difference to frontline staff knowing that what they do is funding a child to go to Water Park (the Trust’s outdoor educational facility) or contributing to a young person’s learning. If a cleaner saves a pound, that pound goes towards making a difference.”

Chairman Eric Wright gifted 100% of the share capital from the Eric Wright Group to the Eric Wright Charitable Trust, which was set up thirty years ago. In 2018, the Group donated £2.3m to the Trust to support its charitable activities, broadly focused on ‘addressing the social inequalities faced by the North West region’. These include owning Water Park, an outdoor adventure centre which has now worked with over 350 schools and community organisations, hosted 55,000 young people at courses over ten years and provided £2.5m in course subsidies. The Trust’s Learning Foundation has helped 2,500 young people from Lancashire to achieve vocational qualifications and enjoy work experience including in the FM division. The Trust also makes grants to partner charities providing support to a huge range of causes from youth development to supporting carers.

The Group, Lilley explains, is a commercially focused business with a social purpose. But its structure – as a construction to property services company – also provides an additional benefit. It allows an FM leader with thirty years’ experience to think long term.

A unique structure
George Lilley has worked in PLCs and private sector companies. He’s been involved in start-ups and MBOs. At George S Hall he rose from branch manager to MD and bought a few companies along the way; then there was a stint planning for a company flotation; and following that his own start-up ‘from a dining room table’, Acuity Management Solutions which he finally sold to Broadgate Estates, joining the board. He supported an MBO at Facilities Services Group and spent a few years at Vinci – “a good organisation.”

“The reality in a PLC is that you are driven by reporting cycles, and sometimes it becomes a subconscious problem – you rarely get the time to create the ideas for the long-term or to support the ideas from start to finish. Sometimes the decision-making process can be measured in months not days.” Similarly, Lilley remembers times in privately-backed organisations where he couldn’t get investors to understand the dynamics of a downturn.

Compare then the experience of bringing a plan for digitisation to the Eric Wright boardroom. “You still need to write a business case,” Lilley says, “but the decision-making cycle is very short. In this case, the Board said ‘we don’t understand all of it but you do and we trust your judgement’. I came out of the boardroom feeling six feet tall.”

The structure of the Group, which owns a property portfolio with a stable rental stream and is heavily involved in LIFT projects in healthcare, also supports long-term thinking. In essence, the Group controls the entire lifecycle of its buildings, from development and inception through to FM operation and, as a consequence, can integrate the whole.

So, for example, this means that another strand of Lilley’s focus for the FM division can be considered with an eye on the future. “We have an amazing opportunity. I’m particularly interested in the carbon-neutral agenda and what we can do to accelerate that in these buildings.” He’s not there on how he wants to address the issue yet, but says his thinking needs to be radical. Again, the model allows for creativity.

“It’s very early. I need something different to really accelerate the strategic thinking. I want to rip up the rule book and work out what can we do to drive our buildings and our clients to carbon neutrality.”

Information to intelligence
In digitisation, however, the strategy is well progressed. First, Lilley says, an industry which still captures data on paper needs challenge – so the first stage is to ensure that all information is captured digitally. Following that, workflow processes such as managing variations in contracts can be managed via an app – slicing huge amounts of time and manual processing but still ensuring governance. Once in place to help address an issue on one contract, the same digital approach can solve problems in other areas.

The second stage is adding decision-making dashboards, which allow a new view of the business from combining multiple data sources such as from CAFM, financial, energy and mobile platforms. Then Lilley found himself employing maths and computer science whizzes to make it really work for the business: “If you’d told me I’d be employing these sort of people early in my career, I’d have been really surprised. Never in a million years.”

Digitisation though, he believes is fundamental to competitive advantage. “Basically everybody needs to get on the train. Some people are already there and advanced, whereas other people are just starting to think about it. It will become a genuine differentiator in the market in the next three to five years.” Being able to think and invest that far ahead, Lilley’s organisation is set to enjoy that differentiation.

Social impact
If carbon neutrality and digitisation are two components of the strategy for the FM business, then social impact is “a no-brainer”. But is it an advantage in winning new business?

Lilley reflects on one recent tender where 20% of the weighting was based on social responsibility. “So we got a perfect score on that but if your pricing or operation is wrong, you won’t win. It doesn’t negate the need to be a great FM company.”

Culture, he believes is at the heart of that. Retention is made easier when colleagues understand that they are contributing to charitable causes in their own region, Recruitment, too, is helped – the right sort of people want to work at Eric Wright FM and then want to stay.

It doesn’t make all the issues of running a business go away, however. Lilley’s operation for example – much of it supporting healthcare operations – has been as hard pushed as the rest of the FM industry by the impact of the coronavirus, he says, over Zoom from his home office. And there’s a feeling here that he doesn’t really like to sit still.

Until a short while ago, he never missed his passion: coaching youth football teams: “Religiously I’d be there every Friday night with those lads.” Now he has swapped football coaching for cycling, although he refuses to wear lycra. Instead, he undertakes a couple of rides a year with members of his family, completing distances of up to 200 miles.

But he’s clearly enjoying working in an environment where, beyond the impressive commitment to improving lives in the North West, there are many other advantages. He says: “Nobody’s pushing me saying you have to grow the business by 25% this year – there’s no pressure like that.” Instead he is focused on his strategy and getting the foundations right within the business.

“The pressure is to make sure that people are safe and healthy, and that we are delivering on our promises,” he explains. “It’s really important to build trust and then to grow the business with clients that are aligned with our culture.” For George Lilley, and Eric Wright, this is all about sustainable growth into the long-term. 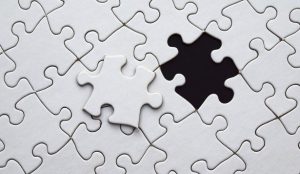 Academies and Multi Academy Trusts are funded directly from central government through the Department for Education. For the purpose of this article, we will...

Read more
29 June 2022 · 8:16 Thank you @constructingexc Very proud of this project and of the award 😊 https://t.co/Kf5WLGaCoe
28 June 2022 · 12:15 Maple Grove Developments, with JV partners @KierProperty & @yorvaleltd has sold Artis Park #Winsford to the Albert… https://t.co/EMKiuHTdDK
23 June 2022 · 12:54 An absolute privilege to partner with @TorusDev to regenerate disused land at #StanleyDock into affordable housing:… https://t.co/xLrFS9aeJK
22 June 2022 · 16:32 Following a successful early talent assessment centre last week, another new graduate opportunity just in: Graduate… https://t.co/eCtjQRxjZj
We use cookies to ensure that we give you the best experience on our website. See our Privacy Policy for more details.