The 84-week design and build programme forms part of a Maple Grove Developments £19m scheme to transform and improve the Teanlowe Shopping Centre, which included refurbishing the existing north mall and demolishing the western wing to make way for the new Booths store.

Others works included extending the former Clarks retail unit to accommodate relocated tenants, improvements to the existing facade with a new two-storey glazed entrance and upgrades to public realm areas.

Designed by architects Leach Rhodes Walker, the new Booths store includes a first floor café and doubles the size of the high-end supermarket’s existing footprint in the town.

John Wilson, managing director at Eric Wright Construction, said: “The Teanlowe Centre redevelopment has reinvigorated a prime retail facility that was previously neglected, giving greater shopping choice as well as creating new jobs both in store and during construction.

“Utilising our extensive experience from building stores for most of the big name supermarkets including Morrison’s, Tesco and of course, Booths, we’ve been able to regenerate and transform the town for people who live, work and shop there.”

Estates Director at Booths, Mike Thomson said: “The response to the new Booths store at the Teanlowe Centre has been extremely positive. We are very proud and pleased to be at the centre of its redevelopment and enjoyed a busy Christmas in the Teanlowe Centre.” 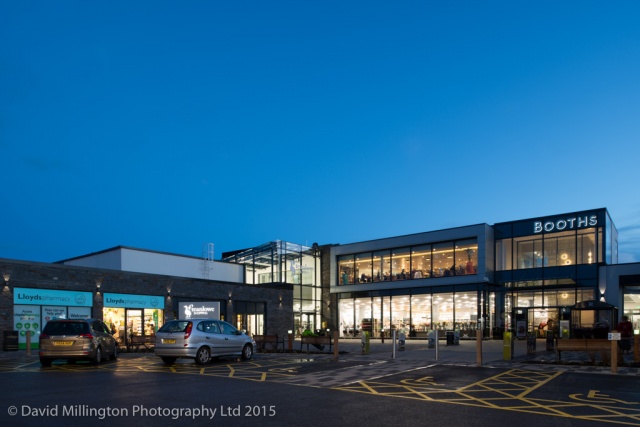 Read more
20 February 2020 · 8:17 Pooley Bridge | Single span steel structure replaces collapsed Victorian bridge - https://t.co/4dTYCsLd9c #GoogleAlerts
19 February 2020 · 16:53 One of our site managers visited @SouthlandsHS in Chorley to chat to the students about his progression from studen… https://t.co/WfIRxWdTVq
19 February 2020 · 10:53 Roger Ward of @EwWaterpark is retiring after 22 years. Water Park was established in 1998 by the Eric Wright Chari… https://t.co/ULF39RtNt1
18 February 2020 · 11:07 Chris is fundraising for @MindCharity by running the Manchester and London Marathons. To support him, please click… https://t.co/XTApk2pmlj