Eric Wright Civil Engineering (EWCE), part of the Eric Wright Group, has been appointed to the government’s £30bn central procurement framework and recently secured new contracts worth over £8.5m.

The team, based in Bamber Bridge near Preston, is on site delivering embankment stabilisation and improvement works to Yeadon Way, the main highway approach into Blackpool, for the Council,

Contracts have been secured for Manchester City Council widening the A57 Hyde Road and replacing a bridge in Gorton; remediation works at Sudgen End Landfill for the City of Bradford; constructing a new replacement section of road away from continual flooding at Gurnal Bridge Lane near Kendal for Cumbria County Council; a new road junction for BeWILDerwood, A49 Malpas Cheshire, and flood defence and public realm works at Forge Island on the River Don Rotherham. In Chester the team is renovating the City Wall, restoring the Northgate Steps.

EWCE managing director Diane Bourne said: “We are delivering key infrastructure improvements right across the region and are extremely proud to be working on so many important projects. We are building our team and actively recruiting the best engineering professionals as the business grows and to help us deliver this work over the coming months.”

Last week Eric Wright Civil Engineering was appointed to the government’s £30bn Crown Commercial Services (CCS) Framework, for civil engineering works that will run for seven years. Commenting on the news Diane Bourne added: “The CCS focus is on delivering continuous, high-quality improvement and it is testament to the strength and ability of our team that Eric Wright has been appointed to one of the country’s most important and valuable frameworks.  It reinforces our ability to deliver complex engineering solutions for some of the country’s most significant infrastructure projects.” 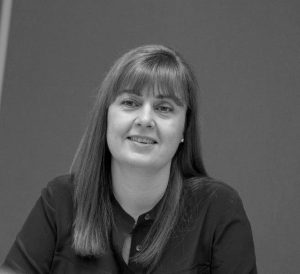