Well done to two of our colleagues, Chris and Nikita, who both took part in the London Marathon 2019, raising funds for charities close to their hearts.

Chris, a Mental Health First Aider for Eric Wright Group, exceeded his target of £2,500 and said “deciding on a charity was tough – there are so many deserving charities locally and nationally which are underfunded, people doing great work for people in need but on a shoestring budget.  In the end I chose  Mind.  Having suffered with my own mental health problems since becoming a father in 2016, I know full well how hard it can be to function day to day, and help isn’t always available at every turn, especially with the strain put on the NHS”.

Nikita, also exceeded her target by raising over £7,000.  Nikita held several fundraising events on the lead up to the Marathon, so these have been included in the total.  Her chosen charity is Muscular Dystrophy UK and said “I have set myself a huge challenge of running in the 2019 London Marathon for the charity and want to smash this target, not only in memory of my mum, but for my sister and all other suffers of Muscular Dystrophy.  It really does help and this charity needs the support so that a cure can be found for all types of Muscular Dystrophy”.

Both Chris and Nikita finished the race in good times and should be proud of their well-deserved medals.

The Eric Wright Charitable Trust will be match funding donations in accordance with their guidelines. 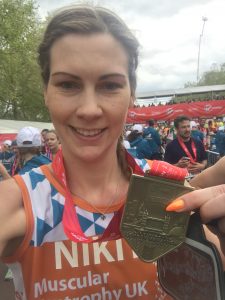 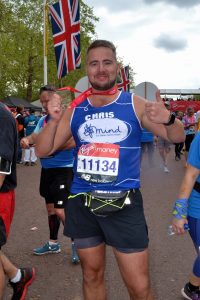 Eric Wright Water, throughout the pandemic, has continued with business as usual working closely with all of their clients to keep the economy flowing...

A campaign has been launched to find ‘Britain’s Friendliest Street.’ In Good Company, a street art project is looking to spread goodwill by rewarding...

Eric Wright Civil Engineering has completed £3.3m of roadway improvements to Yeadon Way, one of the main routes into Blackpool.  To mark the occasion...

Read more
2 June 2020 · 8:34 Eric Wright Water, part of the Eric Wright Group, keep services flowing for client @unitedutilities with the manufa… https://t.co/3JKYaE4o42
28 May 2020 · 18:39 We have a slight twist this week on our #clapforkeyworkers and are giving a shout out to our nomination for Britain… https://t.co/hs7WF9THu4
27 May 2020 · 18:26 Group MD, Jeremy Hartley and MD for EWCE, @bourne_diane met with local @BpoolCouncil leaders, MD of @pleasure_beach… https://t.co/i9blVeaEWw
21 May 2020 · 7:41 George, MD for our facilities management division, caught up recently with Fiona at @ifmnet speaking about our comp… https://t.co/Mglfe6xT5i