Exciting plans to transform Carlisle Railway Station and the surrounding area remain on track with the appointment of the contractors for design and build elements of the £20m Borderlands Inclusive Growth Deal funded redevelopment works.

This is one of the first projects within the Borderlands Inclusive Growth Deal to have funding approved to move forward into the delivery phase.  Not only will the investment transform the station, but it also will strengthen the strategic connectivity to Carlisle and to the wider Borderlands region.

The proposed redevelopment will improve the station environment and facilities and, in turn, will encourage visitors to return, help young people to stay, make the station work better for the public and stimulate investment in Carlisle.  The ambitious plans also complement the proposed new HS2 high speed railway linking London, the North and Central Scotland with their improved access to new and extended platforms.

The Carlisle Station Southern Gateway work includes a new southern entrance and car parking facility to be created at the southern part of the station.  A total of 423 station car parking spaces is proposed, including disabled and electric bays, together with coach services, rail replacement services and pick-up and drop-off which will also be relocated to the southern side of the station.  Cumbria County Council has recently acquired the Station Retail Park to enable delivery of the new Southern Gateway.

The project is being developed jointly by Cumbria County Council and Carlisle City Council working with Avanti, Network Rail and Cumbria LEP as key partners.  Cumbria County Council is taking the lead in the delivery of the project to strengthen the role of Carlisle Railway Station in improving connectivity to the Borderlands region.  Further public consultation on the proposed scheme will be undertaken.

Bringing this development forward also aligns with the Government’s objectives for green recovery by encouraging more people to make use of public transport.

Councillor Stewart Young, Leader of Cumbria County Council, said: “This is another key step forward in this important regeneration project which will ultimately encourage more passengers to use the station and create a more attractive gateway to the city centre.

“Both Story Contracting and Eric Wright Civil Engineering have a proven track record in designing and delivering quality work here in Cumbria and I’m delighted that we will be working with them again on this project”. 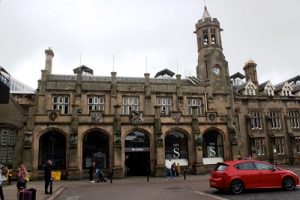 Read more
22 September 2021 · 8:35 In our latest blog on #socialvalue for @insidernwest #CivilEngineering MD Diane Bourne talks about the industry ski… https://t.co/x2Tx5PQFMK
21 September 2021 · 9:52 Looking for a career with a company that is committed to developing and offering opportunity for growth to all empl… https://t.co/Osdkd3I4yd
16 September 2021 · 14:13 Fantastic news at the @insiderwales awards! Maple Grove Developments won Property Deal of the Year for Boundary Par… https://t.co/7bwIrgA4yL
13 September 2021 · 9:01 We're absolutely delighted to be shortlisted as finalists for two @redroseawards: the Built Environment Award and t… https://t.co/kpPdDYZvy0
We use cookies to ensure that we give you the best experience on our website. See our Privacy Policy for more details.